The Board of Directors is the governing body of the European Chamber of Commerce in Cambodia and is composed by 12 members: 5 members are nominated by the founding associations (CCIFC, ADW and BritCham) and the remaining 7 are elected for a term of two years, during the Annual General Meeting by EuroCham members with voting rights. 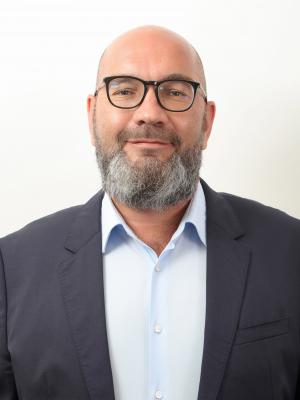 Living in Cambodia since 2001, Tassilo co-founded Southeastern Globe Communications, a regional media company based in the Kingdom with publications such as Southeastasiaglobe.com, Discover Cambodia, Focus Cambodia and since 2020, Focus - Ready for Tomorrow (Khmer).

He is also the founder of Brains Communication, a PR & marketing consultancy, and Hops Craft Brewery, both in Phnom Penh.

Tassilo has been leading the German Business Group in Cambodia (ADW) since 2010, and is co-founder of the European Chamber of Commerce in Cambodia, of which he became Chairman in 2020. 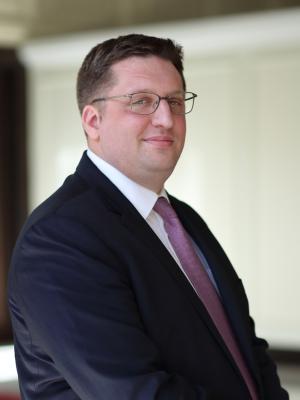 Guillaume is team leader on a number of major real estate and agriculture-related projects in Cambodia. He has played an important role in landmark deals including advising Ciputra in the development of a multi-million dollar integrated community in Phnom Penh, has advised international groups on land use rights and construction permits, has assisted banks and private equity funds for the structuring of property projects, supervised the acquisition and structuring of hotel and resort projects, including negotiations with the Royal Government of Cambodia for the lease of state land to investors, worked on land development projects for factories in Special Economic Zones, as well as advised numerous international and local investors in the retail and construction sectors. 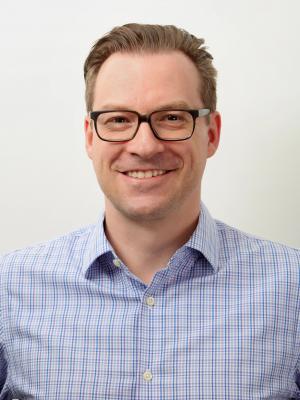 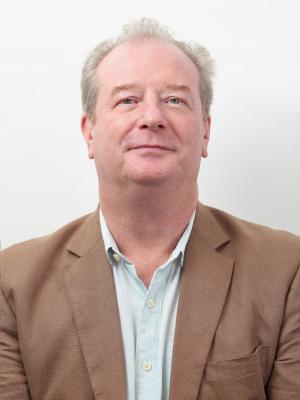 Martin McCarthy was born in December 1961; he was educated in the Marist and Jesuit catholic schools tradition. He went on to undertake his university degree education where he completed his double Masters and PhD in Architecture and Structural Engineering. He worked as an Architect in the UK for a number of years in different private practices before he set up his own in 1990. In 1994 he was asked to join ELF Oil UK Limited to create a Development and Construction department for them. This led to development of the Property Services Division of Elf and then on to creating a similar functions for ELF Aquitaine in Europe. After the merger with TOTAL in 2000 he moved to Paris to create a Purchasing function for Europe, then similar functions in the African and Asia Pacific Divisions of TOTAL. This was to lead to several assignments in Africa and then to his first post of Managing Director at TOTAL Zambia Ltd in late 2003. His following posting was that of CEO and Country manager for the two Total businesses in Pakistan, where he developed a network of 200 service stations and doubled the business over a 3 year period. He moved then to Paris for a major re-organization project for the HQ of the Sales and Marketing division for 18 months and then on to Cambodia as MD and Country Manager to bring the affiliate back to profitability. He moved then to the job of MD for Fiji, Tonga and PNG, with an overview of supply to the South Pacific Islands. He brought all the projects of investment for the islands to completion, restarted the businesses in Tonga, which had largely been abandoned due to difficulties in the country. He then launched the development of the network in Papua New Guinea where the first station was opened by the Total Group Chairman. He left Total after this and a short posting in Laos to become Chairman of LMMJM Investments LTD, which is the holding company for all of their family businesses in Cambodia. There are a number of service stations, Hotels and Resorts and various developments under way in Organic farming. He is very happily married to Leakhena, and looks forward to many more years together. Given their varied origins, it is truly an international affair. 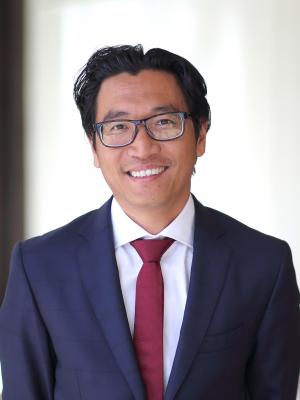 Youdy is the firm’s Practice Leader of the Corporate, Banking & Finance and Commercial Litigation practices. He is currently a panel lawyer for numerous foreign banks operating in Cambodia. His expertise includes project finance, off-shore financing, derivatives and other related complex financial products. He provides advice to some of the largest financial institutions and securities firms in Asia relating to their business expansion and entry strategies into Cambodia. Youdy recently counseled a large Japanese electronics manufacturer with their USD65 million investment project establishing the first electronic large-scale mass-production facility in the country. He also previously counseled one of Cambodia’s largest conglomerates on the acquisition of a USD60 million turn-key brewery plant and assisted a foreign fund in a transaction for the partial debt assignment of the largest loan ever granted in the telecommunications sector.

Youdy is one of the first commercial arbitrators admitted to the National Arbitration Center of Cambodia and a Member of the Singapore Institute of Arbitrators. Currently, Youdy is serving as an executive board member of the National Arbitration Center of Cambodia and he is a former Secretary-General of the Bar Association of the Kingdom of Cambodia. Youdy has been consistently ranked a leading lawyer (first tier) in Cambodia by International Financial Law Review (ILFR 100), Asialaw Profiles and Chambers & Partners’ Asia Pacific. He has been praised for being a “detailed and meticulous” lawyer who specializes in foreign investment, banking, corporate and commercial litigation and for his “in-depth knowledge and understanding of Cambodian law,” and his “hands-on approach and ability to turn things around quickly.” He is fluent in Khmer, English and French.

Nary is current SOMA Group CFO with the oversight of 12 affiliates in the sectors of Agriculture, Education, Infrastructure and Equipment, Trading, and Real Estate & Property Development. She holds a Bachelor in Political Economy from UC Berkeley, a Master in Public Affairs from New York University, and a Master 1 international diploma from Sciences Po Paris. She has both public and private work experience, mainly in capital raising and structured finance for Société Générale Corporate & Investment Banking, in Group Internal Audit at ANZ bank, and in setting-up a new Bank operation for Hong Leong Bank. She was also the Director of Finance & Operations for the Parliamentary Institute of Cambodia.

Dr. Susanne Bodach is an international expert on energy efficiency and green buildings with working experience in South-America, the Middle East, South-Asia and Southeast Asia.

She is an architect with a Master degree in Resources Management and holds an PhD degree in Sustainable Buildings from Technical University of Munich. She has over 15 years of working experience with research institutions, development agencies and the private sector companies. Susanne is managing director of BEE Incorporation in Cambodia. BEE Incorporations is a multi-national consultancy company headquartered in Asia that delivers sustainability solutions for green and healthy buildings worldwide. BEE delivered over 500 certified Green Building projects in 30 countries. 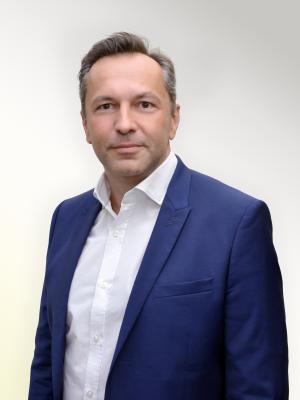 Alain Brun began his career in trade press where he developed several international magazines in Europe. He arrived in Asia in 1998 to be the sales director of a Chinese marketing consulting company based in Shanghai. He then joined a textile group as general manager, in Bangkok. Alain was then export director for the group, in charge of the sales development for Asia and the Middle-East.

He has joined the Vinci group in March 2011 to manage Artisans Angkor, a social enterprise, whose shareholders are VINCI Airports in partnership with the Cambodian government, and which aims at perpetuating and fostering the development of Khmer crafts.

In 2015, he was appointed Business Development Director for the Asia Pacific region and in charge of Vinci Airport Singapore office. His role was to identify potential airports projects and partners to optimize management of existing airport infrastructure, facility extensions and new Airports constructions in the Asian-Pacific market.

Since August 2019, he is CEO of Cambodia Airports serving the capital city of Phnom Penh, Siem Reap and Sihanoukville.

Narath is currently serving roles as Board Member and Chairman of HR Committee at EuroCham Cambodia. He has an extensive career as Business & HR practitioner in promoting foreign investment, business expansion, and job creation in Cambodia.

Narath is also a Consultant and Trainer on Leadership and Motivation and an advocate of corporate culture for work-life balance and live life meaningfully. He has spent over 10 years as a dedicated lecturer of Bachelor and Master degrees in a reputable university in Cambodia. Narath holds a Master degree in Business Management from France.

She counts several experiences in China at academic and working level at Tsinghua University and Peking University and at the Italian Chamber of Commerce in Beijing.

In Cambodia she assisted the Garment Manufacturers Association in Cambodia (GMAC) in the procedure in front of the EU General Court about the Everything-But-Arms (EBA) withdrawal. 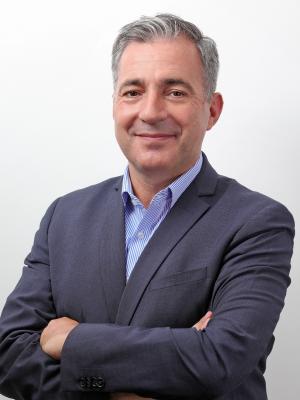 Francois Schnoebelen is Director of Talent and Culture for Rosewood Phnom Penh.

He has an extensive career as HR practitioner in various countries and having managed sizable administration teams in various industries: Telecom, IT, Garment, Ministry of Finance, Transport, and Hospitality in 15 countries.

Since arriving in Cambodia, he has been Secretary General of JLC and Director of Social Compliance in the Garment Industry covering 5 countries for LIDL buyers. He has also launched a regional Consulting Agency (Level Up Consultants) in Management and Executive Recruitment. 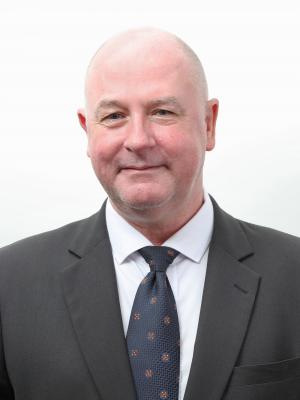