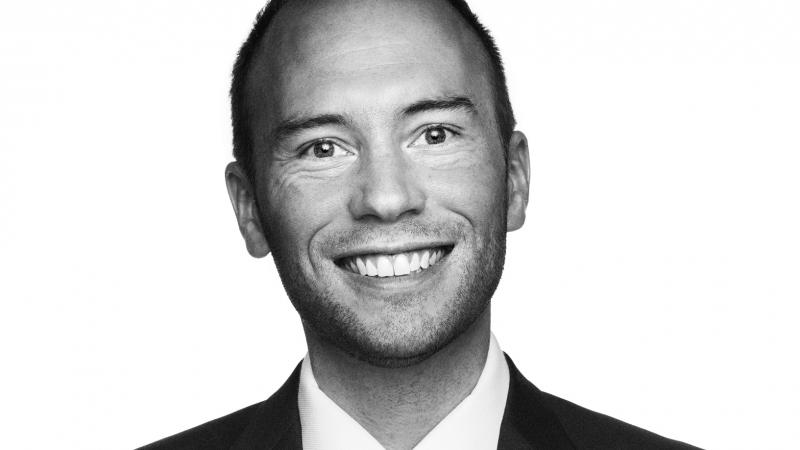 1) What potential do you see for Swedish investment in Cambodia and vice-versa?
My favorite quote during the breakfast today was: “Doing business in Cambodia seems more difficult from the outside than it is from the inside”. In terms of direct investment, Sweden is a very small actor in the domestic economy, and I believe that the market is only recently appearing as a blip on the radar of Swedish firms. It is still considered quite foreign – but Sweden has been involved in development cooperation in Cambodia throughout several decades, and bi-lateral relations are constructive. Swedish agencies and commercial entities have been driving issues related to trade union rights and labor law adherence, as well as equality. There is substantial garment sourcing by Swedish firms, and these players are very committed to good labor standards, capacity development, and the betterment of communities.

There is an ongoing global diversification trend where Swedish companies opt to work with more global suppliers, and there is a clear increasing interest in Southeast Asia. I believe that Sweden will become more active in the country, especially in regional supply chains where Cambodian entities either directly or indirectly supply to Swedish manufacturers. Sweden further has extensive market-leading expertise in areas that Cambodia needs in their further development – especially within infrastructure, healthcare, and advanced manufacturing.

2) You have worked in Southeast Asia for seven years. How has it changed and where do you see it heading, from a business perspective?
Well, my base and key vantage point has been Bangkok, especially since 2020. I know that the development of Bangkok has been vastly different from Phnom Penh, Singapore, or Manilla during the recent years.

Thailand has gone through some interesting fundamental shifts – perhaps most significantly the passing of His Majesty the King Rama IX in 2016, which did shake Thai society to its core. During his long reign, he became something akin to a “second father” to most Thais. In parallel, we also saw the rise of new political movements – especially amongst urban youth – which gave rise to conversations on central topics such as government control, democracy, media, business, the legal system, and constitutionality, in often unprecedented ways.

Covid-19 has of course also been extremely socially & economically palatable in what was the world’s most visited city in 2019. That life became a bit more boring was felt everywhere, but very much so in Bangkok.

The pandemic gave rise to secondary challenges in the Thai economy – as an example, the important automotive industry was hampered by factory shutdowns and global supply chain disruptions.

All in all, I believe there is a sense that life is coming back and that the economy is rebounding, however slightly different and with more innovative twists than before. Thailand has some impressive homegrown multinational firms that are taking the lead in sustainability, R&D, and green transition.
Otherwise, I do not see Thailand being significantly different from when I came in 2015 – it is still a country of smiles, kinship, and much untapped potential.

The recent decade of Cambodian development has been fascinating, and the soul of Phnom Penh certainly feels different from just 10 years ago. The speed of change has been remarkable, and the economic growth throughout the country is a thing to applaud. The Made in Cambodia-tag is common in Tier-1 Western apparel brands, and Cambodia’s domestic capabilities are ever-increasing. We are also seeing a partial diversification in the export economy, with substantial proficiency being developed in general consumer goods, and even inroads into electrical engineering. The population pyramid is advantageous – Cambodia is a country of ambitious young people! I would wish to see Europe play a more active role in infrastructure development, which is currently dominated by Chinese investment. I have understood that European solutions often carry a well-earned reputation of predictability, honesty, and sustainability.

3) You have a very diverse background that includes engineering, FinTech, and academia. How have these disciplines helped prepare you for your current role?
It’s actually the first time I get this question! Coming to think of it, I guess I do have quite a scattered professional background. There are of course synergies across all and any professional pursuit, but I would perhaps guess that in engineering, one furthers the skills to concretize problems in highly structured ways. FinTech hones one's thinking about flow optimization, system structure, and accessibility. My career in academia has been highly valuable – being proficient in research methodology and the ability to effectively communicate ideas to crowds come in handy on a near-daily basis.

4) Can you tell us about Business Sweden? How long has it been incorporated and how does it intend to accomplish its goals?
Business Sweden is co-owned by the Swedish Government and Swedish Industry, not-for-profit, with the aim of helping Swedish companies grow global sales and international companies invest and expand in Sweden. While vague roots date back to the 1880s, we were established in 1972 and incorporated the inward Invest arm in 2013, which gave rise to our current name.

Our goals are very much predicated on the goals of Swedish industry, as long as they are in line with Swedish values (e.g. innovation, sustainability, co-creation, and equality). In Southeast Asia, our work is aimed at championing the commercial possibilities in the region, providing reliable advice to Swedish industry, and to facilitate Business-2-Government relations in large tenders and development projects. Or work is quite varied – from the strategic to the practical.

5) What is the key factor in attracting more Swedish investment in Cambodia?
In addition to purely financial considerations, Swedish firms focus more and more on Environmental, Social and Governance aspects in their internationalization – and they increasingly base their investments on whether they lead to plausible betterment for the people they affect. Having production powered by green energy is a big deal to Swedish firms, and so is their access to a predictable regulatory landscape, stakeholder dialogue, and independent arbitration. Barring further external shocks or black-swan events, I do strongly believe that Swedish commercial relationships with Cambodia will organically increase over time.