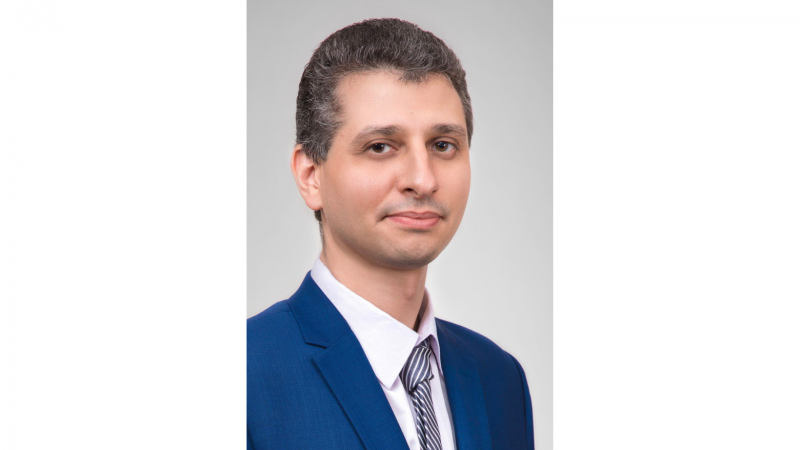 This week, we spoke with Djamel El Akra, arbitrator at the NCAC and senior counsel at Sethalay Law Office. El Akra has been deeply involved in the law sector in Cambodia for over a decade and formerly served as a committee chairperson for the Human Resources Committee as well as the executive director of the CCIFC. Read below to find out about El Akra's professional journey and the services offered by the NCAC.

Brian: What first attracted you to Cambodia and how do you find living and working here?

Djamel: My journey in Asia started in China and Japan. Then, rather than coming back to China or Japan, I had a surprising opportunity joining the CCFC (the former CCIFC). So, out of curiosity, I decided to come and discover Cambodia for what I initially thought would be a short-term mission. After 12 years, I can say now that Cambodia welcomed me as a guest, kept me as a friend, and literally made me a member of a Cambodian family. Living and working here teaches me several things, especially resilience, patience, and the ability to reconcile ideals with pragmatism. While being challenging, the professional environment is also vibrant, and being surrounded by people with diverse backgrounds is enlightening. Cambodia’s attractiveness to me also resides in all the brilliant people I have encountered, especially in the tourism and hospitality sector, where important values and attitudes are disseminated, such as sense of service and details, empathy, resilience, respect for diversity, and inclusiveness. Those values inspire me in my daily legal practice.

Brian: There is a current push to raise awareness of arbitration as an effective alternative to settling disputes in court. Could you briefly explain the services offered by the NCAC and why the NCAC is necessary?

Djamel: The NCAC was established in 2006 by the Law on Commercial Arbitration and officially launched in 2013. The NCAC is an independent and not-for-profit organisation. The NCAC’s mission is to facilitate the resolution of commercial disputes and support the development of the Cambodian economy. Since its operational launch, the NCAC has administered 31 cases (6 cases administered in 2022) and 100 arbitrators are registered with the NCAC. I am honoured to be the only French national to be registered with the NCAC as an arbitrator and I hope that more qualified individuals will join NCAC in the near future.

The NCAC provides two types of services. First, professional trainings, including accredited training courses for individuals willing to register as commercial arbitrators with the NCAC, and continuous trainings for arbitrators, practitioners, or people interested in arbitration. Then, administering cases for the settlement of commercial disputes by means of arbitration. The majority of cases are disputes related to real estate and construction, banking and finance, and general corporate and commercial matters.

Historically, administered arbitration is relatively new and dispute resolution has been used to solve daily matters on an ad-hoc basis for ages, so the NCAC does not have a monopoly on dispute resolution. However, in the current environment, the NCAC provides numerous advantages in comparison with ad hoc arbitration. First, as an institution, the NCAC provides the necessary infrastructure for administration of arbitration cases, especially via its secretariat and its committees. Then, while it is possible to use different arbitration rules, the NCAC has developed its own set of rules as a basis for arbitral proceedings. Moreover, the list of members of the panel of arbitrators facilitates the choice of parties by identifying qualified arbitrators. Furthermore, NCAC has been able to integrate best practices in its new 2021 arbitration rules, such as the emergency arbitrator and the expedited procedure features. Having been involved as a party’s representative in the first emergency arbitrator proceeding, I have witnessed the effectiveness of that procedure.

These are just a few reasons, among others, why I am thinking that NCAC is indeed necessary and beneficial to the business community.

Brian: How do you see arbitration progressing in Cambodia in the future? Are there other applications for it outside of commercial disputes?

Arbitration is not the only dispute resolution mechanism, the development of mediation services for the settlement of commercial disputes may also contribute to expand the offer of alternative dispute resolution mechanisms. This will require the NCAC to develop a set of rules for dispute to be resolved through mediation, allowing the parties to navigate between arbitration and mediation when needed. For that, it would be also relevant to support the Cambodian authorities in the event that Cambodia wishes to accede to the United Nations Convention on International Settlement Agreements Resulting from Mediation (or the Singapore Convention on Mediation), making Cambodia a pioneer in this area.

If the NCAC maintains its reputation around its core values, namely integrity, impartiality, independence, innovation, and internationalism, to fulfil its mission to ensure that high quality standards of arbitration are maintained in the Kingdom of Cambodia, we then can be optimistic about the future of commercial arbitration in Cambodia. In the current context, it seems that there is a consensus within the arbitration community to have a single institution building a reputation as a "one-stop" shop for Alternative Dispute Resolution in Cambodia, which is fully functional, as well as having a strong reputation in Southeast Asia.

The establishment of judicial courts specialised in commercial law seems to be a reform that will certainly contribute to the development of commercial arbitration. The Law on Commercial Arbitration defines the term "commercial" in a broad way, virtually including any activity of a commercial nature. Despite this, the question of the specialization of procedures could arise, particularly in the construction and real estate sector, banking, and financial law. Beyond that, it will be relevant to assess the compatibility of arbitration clauses with the new legal framework for consumer protection, which is under development, in particular in contracts concluded between professionals and non-professionals in the field of real estate.

Brian: How do you work within the legal system to push for initiatives like capacity development, green energy, and due diligence compliance?

Brian: You have taught at the Royal University of Law and Economics for almost ten years. What trends have you seen in the legal sector in Cambodia and how does this affect how you teach students?

Djamel: I note that there is a greater professionalization of legal professionals. One of the developments is that law students are immersed earlier in the professional world and practice of law, from the first years of their bachelor's degree. This seems to respond to a growing demand from students to be confronted with the practice of law, rather than indulging in theory, even if it is essential to transmit solid theoretical foundations. In addition, one evolution is the integration of entrepreneurial modules in certain law curriculum, such as the National University of Management.